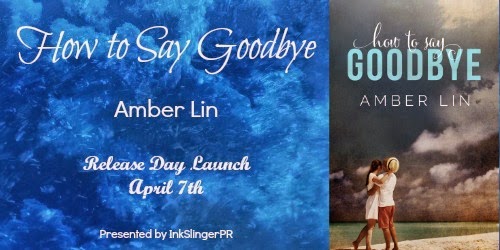 
How to Say Goodbye 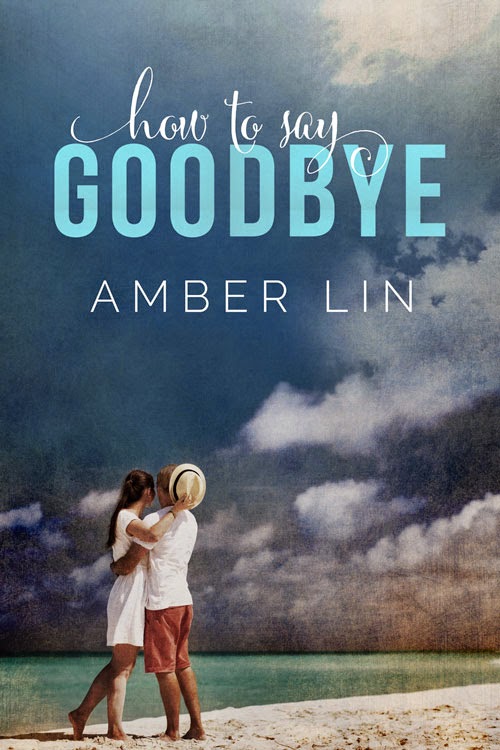 ~ Synopsis ~
Amy has a secret: no one’s ever held her hand. She doesn’t even know how to hug. Everyone thinks she’s smart, but straight As are way easier than making friends. Then she meets Dane, a golden-haired surfer whose easy charm and hot touch teach her what she longs to know.
Dane lives for the salty breeze and a sweet wave, because that’s all he has. He’s been on the streets since he was fourteen. A drifter. Homeless. Then he meets Amy. Smart and accomplished, she’s everything he’s not. He wants to be the sort of man who deserves her.
Except that means facing down his past—and that past might very well swallow them both.
~ Add to Goodreads ~
~ Excerpt ~
He smiled with the barest hint of irony. “Guess you have better things to do than build a sand castle.”
She hated how his words echoed her thoughts, how they put him down. Didn’t he know how much she would give to be like him? Relaxed. Confident. God, she didn’t want to be afraid anymore.
“I’ve got time.”
He pointed behind the castle. “There’s an enchanted forest right there.”
She knelt down. “Here?”
“No, over. A few inches to the left. Don’t you see it?”
He was…teasing her. It took her a second to understand just because it had never happened before. Not that she could remember.
She looked down to hide her smile. “I think I’ve got it now.”
He grinned. “Then get building, Cornell.”
Her first attempt was more like a molehill with a pointed top. By her second she’d learned to pack the sand more tightly, earning a brief nod from him. After that she worked steadily, forming the little conical pine trees in varying sizes. A vision sketched in her mind, of lush trees and woodland creatures, of fancy and imagination.
Kneeling in her oh-so-practical shoes was impossible, so she took them off. Her skirt hiked up her thighs as she scooted around the forest. Sand squeezed between the mesh of her stockings.
She hoped it would never come out.
When he finished carving arched windows, he stood back and dusted the sand from his palms. She trailed a finger down the last tree—this was how he’d feel, gritty and soft—before standing up to join him.
He was tall. His height shouldn’t have been a surprise; she was often the shortest one in the room. But she’d been equal to him on the ground, both of them dirty and eager in the sand. Now he was the tall, handsome stranger, and she the shy girl who hardly spoke.
She’d aced fluid mechanics, for God’s sake, so why should this matter? It didn’t, it didn’t. But her heart double-timed when she asked, “What do you think of the forest?”
With mock solemnity he studied the trees. They lined up neatly in rows like a Christmas tree farm she’d passed once in rural New York.
“It’s pretty,” he said, repeating her words. Then he smiled, almost shy. “Very pretty. Do you want to grab some dinner?”
Her breath caught. Had he just asked her out? It had sounded like that. Exactly like that. Her heart beat a rapid pace.
Daylight traced tiny lines radiating from his eyes, from the corners of his mouth. A smattering of blond hair covered the tanned skin of his chest, highlighting lean muscles beneath. Even the tips of his eyelashes were bleached, every part of him touched by the sun. A golden boy, a rippling-surface stereotype, while hidden depths lurked beneath. What would it take to dive under? In that moment she wanted to find out. Right then she wanted to drown.
But she’d had a lifetime of treading water, of survival. Only one answer made sense.
“I’m sorry.” Her voice sounded hoarse with disuse, as if she hadn’t spoken in years instead of seconds. “I’m not going to be here long. In Florida.”
She kicked herself. He hadn’t asked her to marry him, for God’s sake. He’d only wanted a date, and she should be able to do that. If she were more normal, she could have.
Fleeting emotions flickered across his face. Disappointment first, followed by others she couldn’t understand. But resignation—that one she recognized like an old friend.
“All right. Take care then.” His voice rang with finality. They would part now. She wouldn’t see him again, because she didn’t know how to be close to another human being. No textbook had ever taught her. No monthly phone call had told her how to feel.
Her face heated.
“You too,” she murmured. “I’ll see you around.”
But even that presumed too much. A slight shake of his head said no, she wouldn’t. His lips curved in a cold shadow of his former smile.
“Bye, Cornell.” He crossed the beach, heading for the water.
He walked right past the frothy edge and dived underneath, leaving only ripples in his wake. His head came up once for air, and again, and again, growing smaller, farther away.
She waited for hours. Or seconds, really. She stood with sand caked to her hands and her knees, feeling abraded and raw. Every other time in her life, she’d pretended not to want this. Friends and laughter. Easy camaraderie. Touch. Standing on the cooling sand, her stomach grumbling with hunger, she could no longer pretend.

Posted by The Whispering Pages Book Blog at 1:50 PM