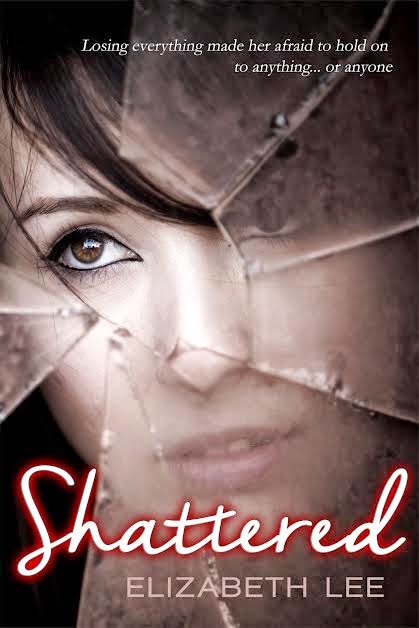 
Alyssa Boyd had big plans. Big plans that included getting the hell out of the little town she’d grown up in with her two best friends. When she decided it was time to let one of them know her true feelings for him; a change of plans resulted in a tragic turn of events. Now, Alyssa is left alone to find her way out of the darkness that an untimely death has left in its wake.

Jesse Vaughn was never good at letting people in. He’d learned a long time ago that it’s easier that way because people leave, or, unfortunately, die. The one person he wanted to let in doesn’t want him anymore. The only problem is he can’t stop thinking about her. Jesse returns to the childhood home he left behind with one goal in mind… to convince her that they should be together.


When Jesse finds Alyssa she’s not the same girl he left behind. She’s wild, reckless and hell-bent on not giving Jesse a second chance. Lucky for Jesse, his stubborn streak has always been a mile-wide and he’s not about to give up on her.


When your life has been shattered can you really pick up all the pieces and move on? 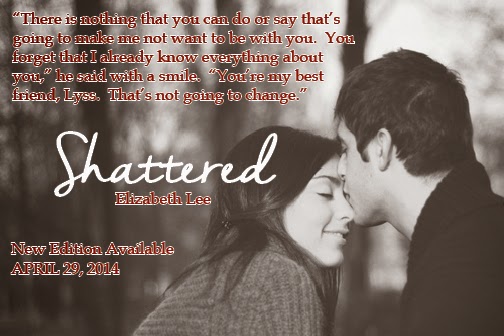 “Yep.” Hap nodded with a confirming smile. January’s expression matched her boyfriend’s. They were excited about the possible reunion of Jesse and me. January knew everything that almost happened, so it went without saying that Hap was clued in. I hated to break it to them, but this wasn’t going to be the happily ever after that they’d hoped for. As much as I wanted to run up, wrap my arms around his neck and tell him how much I’d missed him, I couldn’t fight the dormant anger that I’d let be suppressed by the sadness and guilt. He left me. It was bad enough that Garrett was gone, but that wasn’t his choice. Jesse had left because he wanted to. I brought my hands up and covered my face, hoping he would walk back out the door before I had to face him.
“Hey, Lyss.” The tone of his voice was hesitant, surely he knew I was in shock to see him. “How are you?” It was hard to tell if he meant, “How are you? It’s been nine months since I last saw you.” or “How are you after getting completely shit-faced last night?” Just hearing his deep, raspy voice sent a ripple across my skin. I really thought he was gone.
I looked up to see him standing beside our table. He looked the same. He’d let his hair grow out, just a little bit longer, but it was same jet-black color and messy tousled look I remembered. The glow of his suntanned skin led me to believe that he’d been hiding out somewhere sunny as opposed to what I’d assumed, which was that he must have crawled under a rock and died, or fell off the face of the earth. Why else would he have just completely disappeared from my life? Everything that had happened the night of Garrett’s accident flashed in my mind. I couldn’t even begin to form a complete sentence. Instead, I pushed out of the booth and looked directly in the eyes I’d tried to forget.
“Don’t,” was all I could come up with before I ran out of the diner.
“Alyssa, please.” He followed me out the door. “Can’t we just talk?”
“No!” I yelled out, not breaking my stride as I walked across the street.
His hands stopped mine before I could pull the car door open and escape. The contact of our skin sent a shock up my arm. “Please.” I turned to see the desperation in his eyes. He pulled his lip between his teeth and brushed a stray hair from my cheek. His hand rested on my cheek. I caught myself turning my face into his strong, warm hand and quickly pulled away. As much as I wanted to fight it, everything that I’d felt for him was still there. I still wanted him to touch me. To kiss me. The guilt and anger that accompanied the desire was too much.
“I can’t do this, Jesse.” I pulled my face from his and quickly sunk behind the wheel of my car. I drove away, leaving him alone on the street.
I wasn’t ready to talk to him. To ask him the string of questions that had been running through my head for months. To explain my erratic behavior the night before. I wasn’t ready for any of it. So, I did the only thing I could think of to avoid the entire situation. I went home, opened the desk drawer and retrieved my new foolproof method of not dealing with it. 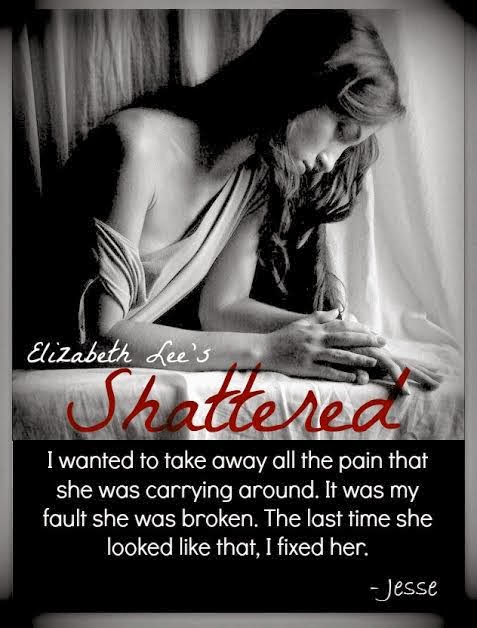 This book is the perfect example as to why I appreciate an author giving a book an updated look.  Had it not been for the re-reveal this book would have fallen off my radar.  So glad it didn’t!  This was a heart felt story about finding your way back from heartbreak.  How do you survive when you feel like part of you is gone and you blame yourself?
Garrett, Alyssa and Jesse…pretty much inseparable since the 7th grade.  That’s just about how long Jesse has admired Alyssa from afar.  Garrett’s prodding for Jesse to make his move over the years has just become the norm.  Till the day that he finally decides to make his move.  That day changed everything and shattered life as they had known it.

How do you comeback from the “3 muskateers” to flying solo?  Gone in an instant is one friend, gone in the next is the one you need to make it through.  Alyssa carries so much guilt about the day that changed her life almost a year later.  Medication, liquor and avoidance are the only escape.  Until Jesse returns.

Jesse has spent the time away thinking of Alyssa daily…his return to the town that broke him is not an easy one but his is back for one thing and one thing only….Alyssa.  Will all of the unspoken feelings be what makes them whole again? Can Jesse and Alyssa find what they lost and make a life together?

I freaking loved Jesse!!! He could ride into town and be my knight in shining armor any day.  I could understand his need to do things on his own.  He was forced to take care of himself since he was a child. Learning not to depend on others since his parents floated in and out of his childhood, their needs and wants taking priority over Jesse and his sister’s.

I understood Alyssa’s pain.  Having lost more friends than I care to count throughout high school I can relate to the pain, sense of loss and journey to find out who you are without this person in your life.  Her frustration and anger toward Jesse too was understandable but I was pulling for the love conquers all card.   Secrets that are revealed throughout the story soften my opinion of Alyssa’s parents but not by much.
If you are looking for a quick, enjoyable read about surviving heartbreak, go grab Shattered and take the ride. If this is your first read from Elizabeth Lee, it will not be your last.
~ Rating ~

~ About the Author ~
When I'm not writing or playing the part of wife and mother, you can find me dancing back-up for Beyonce, singing back-up for Miranda, or sunning myself on the beach with a drink in hand.  Here's the thing about being born and raised in a small town—you have a very vivid imagination!  Now, I channel it all to create stories where the girl always ends up with the right guy, first kisses are magical, and a happy ending is just that! 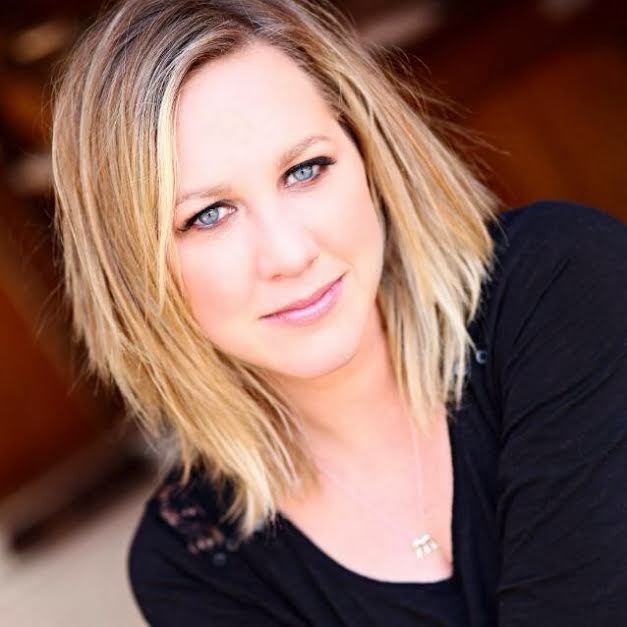 Posted by The Whispering Pages Book Blog at 12:34 PM