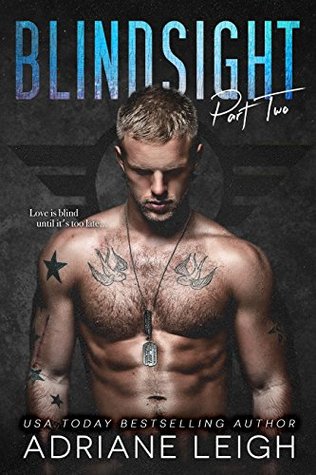 ~ Synopsis ~
She and I were far from chance.
Our first meeting orchestrated.
Our forever ill-fated.

Because I'm her enemy.
I'm her savior.
I'm her nightmare Romeo.

She'll thank me at the end of this, and if she doesn't, I'll force her to beg.

*Blindsight is intended for a mature audience only due to graphic sex, violence, and language.
~ Add to Goodreads ~ 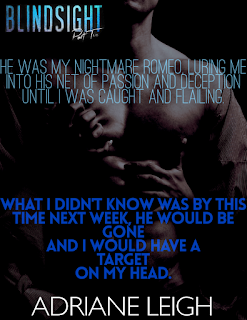 ~ Excerpt ~
“I just keep thinking I wasn't in danger before I met you,” I said.
“That's a lie.” His fiery eyes cut to me. “That's a lie and you fucking know it. Imagine what it would have looked like if you hadn't met me. Imagine if you would have opened the door to someone else tonight. Maybe JW would have come looking for you first, shown up some night when your husband wasn't home, because he's never home anymore, is he?” His angry greens sliced my gaze. “No, he left you to swing in the wind. Who knows what would have happened if you'd opened that door on JW's smiling face. Pepper spray won't cut it with him, babe." Hunter’s words and the memory of JW's eagle eyes chilled me through to my toes. I swallowed the lump in my throat as I sucked in cool breaths to remain calm despite the chaos that my life had descended into.
"Hunter," I said as fear choked my insides.
"And I'm sure you would have called the police, Princess, because that's your thing." He tossed me a sarcastic smile. "But that wouldn't have ended well either. JW would have taken a finger before letting you hit the first number. It's the world JW lives in, Erin. So if you want to take your chances, by all means. But when I hired you to be my PA, I as good as saved your ass. Said it before and I'll keep sayin' it 'til you believe it." He leaned in, his lips pressed to my ear and breath tickling down my neck. "I'm the best thing for you." His quiet rasp filled the hollows of my mind and caused a shudder to roll through my body.
Fear and lust became inextricably intertwined for me that day, ruining me for anyone else. He was about to bring my world shattering down around my feet in an entirely new way.
"Come here." He pulled me into the broad, hard wall of his chiseled chest and shoved a rough hand down my pants. My head tossed back and a low moan fell from my lips when the pad of his thumb made searing hot contact with my clit. His fingers dipped into the silky flesh and caressed the skin before plunging two fingers into my body.
"So fucking wet, sweetheart." His teeth tore at the flesh of my neck and my hands clutched at his biceps as my hips worked a fierce rhythm against his palm.
"Fuck," I panted and bit down on my bottom lip, desperate to contain the energy pulsing through my muscles for just a second longer.
"Strip." Hunter's eyes glazed with that fiery, passion-consumed look I loved. I pulled the shirt over my shoulders and let it drop in the dirt at my feet before his eyes darted from my lacy bra back to my eyes with a head tilt. I smiled and shimmied the straps down my arms, taking my time to tantalize him. It was working. He followed my actions like a starved lion, and before I had even slipped one arm out, Hunter had his hands behind my back and was unhooking the flimsy fabric for me. He pulled the lace off my body and raised my arms above my head, twisting the black fabric in knots around my wrists.
The soft clink of his belt came next. After that, my thoughts spun away like wild butterflies and I was reduced to only feeling. Lost were the fear and the terror and the secrets. Gone was the numbness.
I heard him.
I felt him.
I smelled him.
I yearned to reach out and trace the scars decorating his forearms with my fingertips. I wanted to feel fingernails digging into hard flesh, but instead I was caught, strung against this tree and waiting for Hunter to use me.
I sucked in a quick breath when chilled leather danced across my skin. His eyes flared with need when he stepped back. "Stay still." The soft growl hissed through the night and sent a current straight between my shifting thighs. 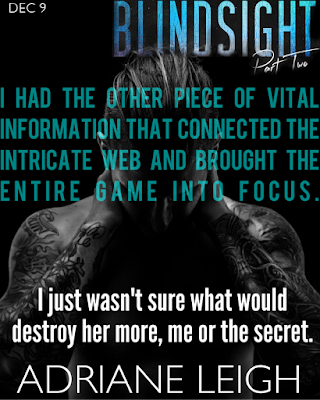 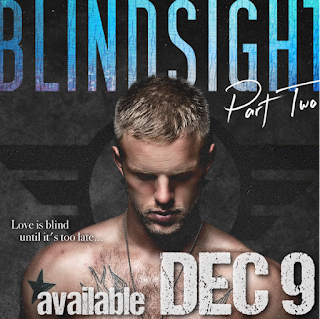 Ahhh...More Hunter.  It was most definitely needed after the end of Blindsight Part 1.  I had a feeling there were more layers to be peeled back to find the true Hunter Ellis and I was right.

This book picks up at the end of the first book.  We get a bit more insight to the lies of omission that both Erin and Hunter have been keeping.  In spite of their revelations they can’t seem to help themselves when it comes to one another.  Things definitely heat up in this installment both in and out of the bedroom.

There are forces at play beyond the obvious and the threat of Erin’s husband’s dealings gone wrong.  Even with Hunter’s training and protective eye, will he able to keep Erin safe?  His attempt to do so angers his employer and before you know it you are left waiting for more.

This is a quick read full of both suspense, steamy sex and questions.   Looking forward to the next installment to see how things will unfold for Erin and Hunter.   If you haven’t started this series…you are missing out….grab your copy today and say hello to Hunter Ellis.
~ Rating ~ 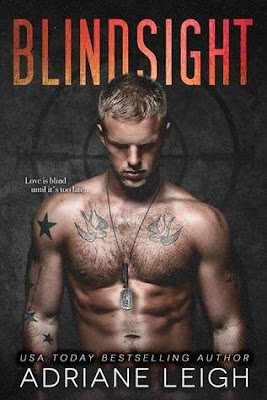 ~ Synopsis ~
{blind·sight: the ability to see without knowing it}

Sometimes a single touch is all it takes to spark a wild fire.

But there is more to Hunter than meets the eye, including the intricately etched tattoos decorating his chest that disguise horrific scars from a past he refuses to revisit. As she peels away the layers of his story Erin realizes that what she thought was true, never really was at all, for both of them.

Now she can only hope that blind adoration for the dashing stranger didn’t sign her death warrant.

~ About the Author ~
USA Today Bestselling Author Adriane Leigh was born and raised in a snowbank in Michigan's Upper Peninsula and now lives amongst the sand dunes of the Lake Michigan lakeshore. She graduated with a Literature degree but never particularly enjoyed reading Shakespeare or Chaucer.Adriane is married to a tall, dark and handsome guy, plays mama to two sweet baby girls, and is a voracious reader and knitter. 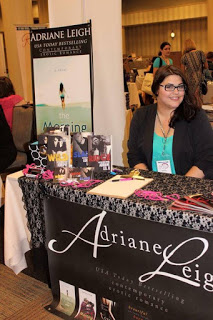 Posted by The Whispering Pages Book Blog at 2:01 PM