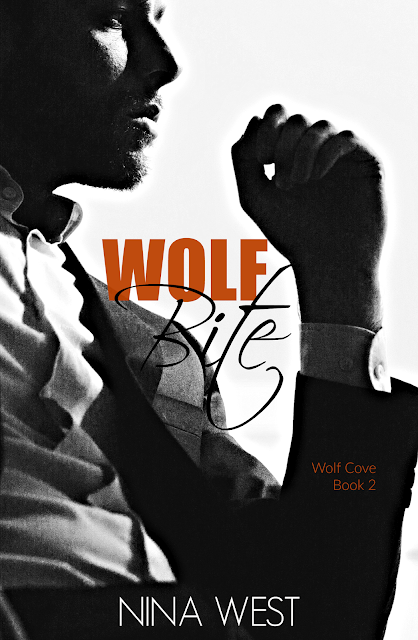 ~ Synopsis ~
Isolated in the luxurious Wolf Cove Hotel in Alaska, Abbi Mitchell is thousands of miles away from her family and friends.

In the hands of a predator. Potentially.

After discovering condemning information about the mercurial man who controls her day-to-day work life and, now, her most intimate private life as well, Abbi's not sure she can continue on with... whatever is going on between her and Henry Wolf. Especially when he's about to be thrown into a fiery media circus ring, and she, along with her reputation, will undoubtedly get dragged into it with him.

But breaking things off with the Big Bad Wolf now likely means losing her job and her summer of freedom, and going back to the farm and her controlling mother.

She's not doing that.

Abbi does have something to hold over Henry's head. If he forces her hand. If she has the guts to do what amounts to blackmail.

But will the all-powerful Henry Wolf concede, or will she finally feel his bite?


~ Synopsis ~
When life turns to hell, most people talk about running away. Abbi Mitchell actually does it. Determined to escape her humiliating heartbreak and her overbearing mother, Abbi takes a summer job at a resort in Alaska. It's supposed to be four months of snow-capped mountains, peaceful wilderness, and figuring out if she should wait for her lifelong sweetheart to come back, as he has promised he'll do.

Instead, it's Henry Wolf.

Owner of the luxury hotel chain, Henry Wolf is cool and composed, successful with everything he touches, and undeniably beautiful.  And for some reason Abbi can't fathom, he wants her—the farm girl from small town, USA with no corporate experience—as his personal assistant.

Abbi scrambles to meet his professional demands while she battles her growing attraction to him. Physical feelings she shouldn't have because he's her boss, because she's way out of her league with him, and because they'll never be reciprocated.

Will Abbi be able to let go of herself—her values, her dreams, and her inhibitions—to give him all that he's demanding of her?
~ Add to Goodreads ~

~ About the Author ~
Nina West lives in the city but spends her summers in the wilderness with her husband. She loves having a steaming cup of cocoa in one hand and a steamy story full of angst in the other.

Posted by The Whispering Pages Book Blog at 9:36 PM