Blog Tour Promo & Giveaway
Bound and Unbroken
by
Skye Callahan
~ Synopsis ~
Lena is about to discover pleasure in the things she can’t control. 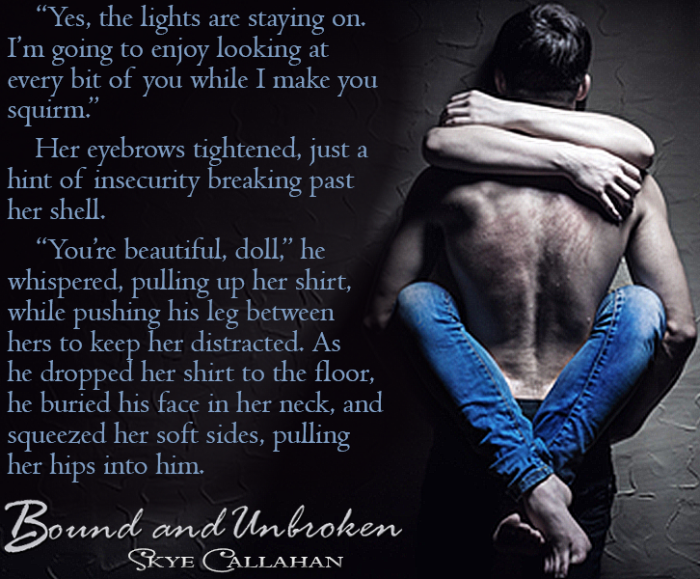 
~ Excerpt ~
The doors opened, and groups of people began filing in. From the looks of it, she was going to be the youngest person in the room by at least twenty years. She sank down and buried her face in the book again, hoping that it wouldn't get so crowded that people would actually sit around her. Her feet were still propped up on the seat in front of her, and unless pressed, that was exactly where they were going to stay.
A hand brushed her shoulder, and she bit back the urge to glare up at its owner. Instead, she glanced over to see feet clad in motorcycle boots, half covered in dark jeans. Those certainly weren’t the brown loafers she’d come to expect from most attendees of these events. Slowly, her eyes climbed his body, until her heart jumped up and made a nest in her throat.
“Is the Loner saving every seat in this section?”
“Maybe.” She blinked before her eyes dried out as much as her mouth.
Eric glanced to her feet, silently asking for permission to pass.
She let them drop off the chair but left her legs stretched out, ensuring he wouldn’t pass easily. “Are you stalking me?”
So much for having plenty of room to stretch out, she thought as Eric climbed past her and took the next seat. She hated sharing armrests under normal circumstances—sharing an armrest meant they'd inevitably touch. Just the thought of it made her insides squirm with anticipation.
“Of course I’m not stalking you,” he explained, “I always hang out at Beethoven concerts—it's a great place to pick up women.”
Lena looked around the room, and then raised an eyebrow and whispered, “You have some kind of grandma fetish I don't know about?”
His eyes squinted slightly at the word fetish, and Lena tried to let it go, asking herself why on earth she’d ask that question anyway.
“What are you really doing here?” Lena lowered her voice as the room continued to fill, and people began sitting in nearby seats.
“I came to see you.”
“So, you are stalking me?” Watching him out of the corner of her eye, she tucked her book into her bag and slid it back next to her leg.
“No, that would imply that I'm going to follow you home tonight, or that I’ve been creeping outside your house. I heard a rumor that you might be here, so I thought I'd take my chances.”
With his smug face, she wondered if there was any situation he wasn't confident in, but he hadn't exactly explained how he knew she’d be here, after all, she wasn’t aware of anyone who kept track of her whereabouts. “A rumor—who the hell is keeping track of me?”
Eric raised his eyebrows, “You've got quite a mouth for an elementary school teacher.”
“I teach third grade, I'm not in it. Now answer my question.” 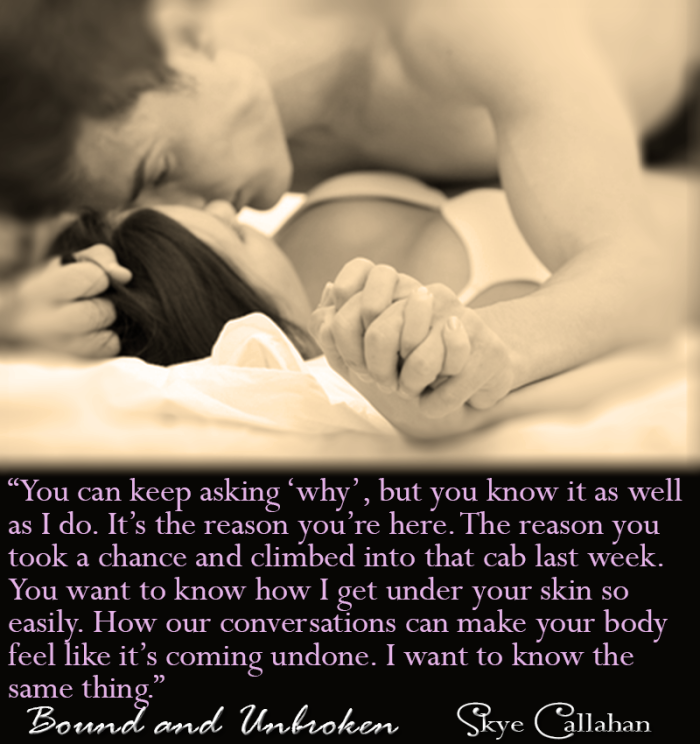 ~20 Fun Facts ~
1.     I LOVE Rum.
2.     I love sexy cars more than I love rum. My top picks would be a ’65 Mustang, practically any Bugatti Veyron, or an Aston Martin Vanquish.
3.     I once based a character in a story on my husband, and the character died. Don’t bother trying to figure it out, I never released that book.
4.     I’ve never met some of my closest friends in person–some of them live on the other side of the world.
5.     I never meant for anyone at work to know that I’m a writer, but now they buy my books, so it’s a good deal.
6.     I’m not terribly good at being girly–I don’t wear makeup, only own 4 pairs of shoes, but I sell nail wraps.
7.     I learned to handle a gun before I learned long division.
8.     I cuss like a sailor unless I’m around my grandma.
9.     While most of the people in my graduate research classes were buried in books, I was glued to the TV researching the evolving portrayal of “Indianness”.
10. I’ve seen Disturbed in concert 3 times.
11. I still have a crush on Jason David Frank (aka Tommy Oliver the Green/White Ranger).
12. My husband and I have worked together at 4 separate businesses—once upon a time, I was his boss.
13. If I’m not watching Top Gear, I’m probably watching something that was filmed before I was born.
14. I have a phobia of crickets, but spiders and snakes don’t bother me at all (actually, I LOVE snakes).
15. I have worked on 2 documentaries, including one that appeared on PBS.
16. I started writing fiction again in grad school to cope with PTSD.
17. My 7th grade teacher read my stories and assured me that one day I’d be a published author.
18. Winter is my favorite season because I can channel my inner penguin—oh, and have some fun driving on slick roads!
19. When I was in elementary school, R.L. Stine’s Fear Street Saga inspired me to start writing.
20. My favorite place to chill out and think is the cemetery. 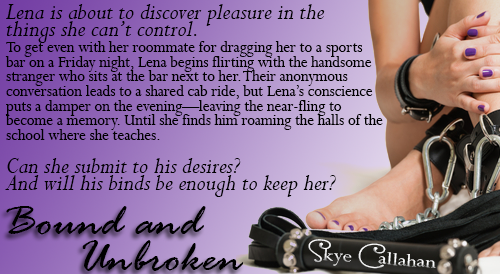 ~ About the Author ~
Skye Callahan has been coming up with stories for as long as she can remember, and by elementary school she was writing them down to share with friends and teachers. Ghosts and vampires were always her favorite beings to write about and those interests led to her debut novella Fractured Legacy in 2013. With Bound and Unbroken, her characters led her on a departure from the paranormal world and into the realm of BDSM romance.
When she isn’t spending time with the voices in her head, she works to help other women design their own style of freedom as a consultant for Jamberry Nails, and spends time with her Husband and ferrets. 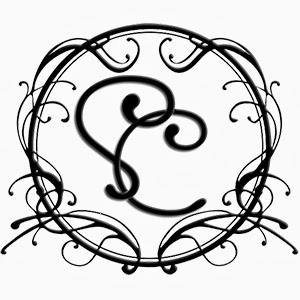 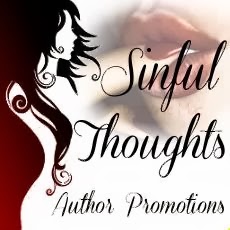 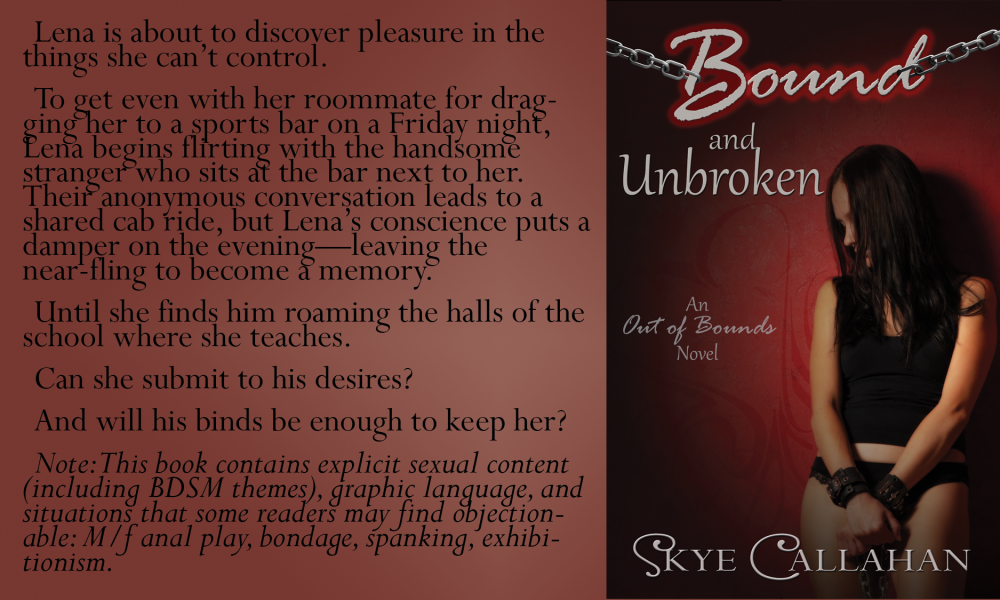 Posted by The Whispering Pages Book Blog at 2:37 PM