~ Synopsis ~
Michael Gallo found his calling in life – he wants to kick ass. He works at Inked as a piercer, but spends his mornings training and dreaming of winning an UFC championship. Michael is the road to achieving his goal when a chance encounter alters his world forever. The title is no longer enough – he must capture the woman of his dreams.

Dr. Mia Greco is dedicated to saving lives and helping those less fortunate. She doesn’t have time to meet Mr. Right with her busy schedule. She buries herself in her work and helping humanity. Fate steps in and sweeps the carpet out from under her. She tries to deny the pull to him, a man that uses his fists for gain, but the universe won’t let her walk away so easy and Michael isn’t one to take no for an answer.

He has a secret that may rip them apart. There are forces bigger than them at work; drawing them in and making their worlds collide – not letting either one of them walk away. 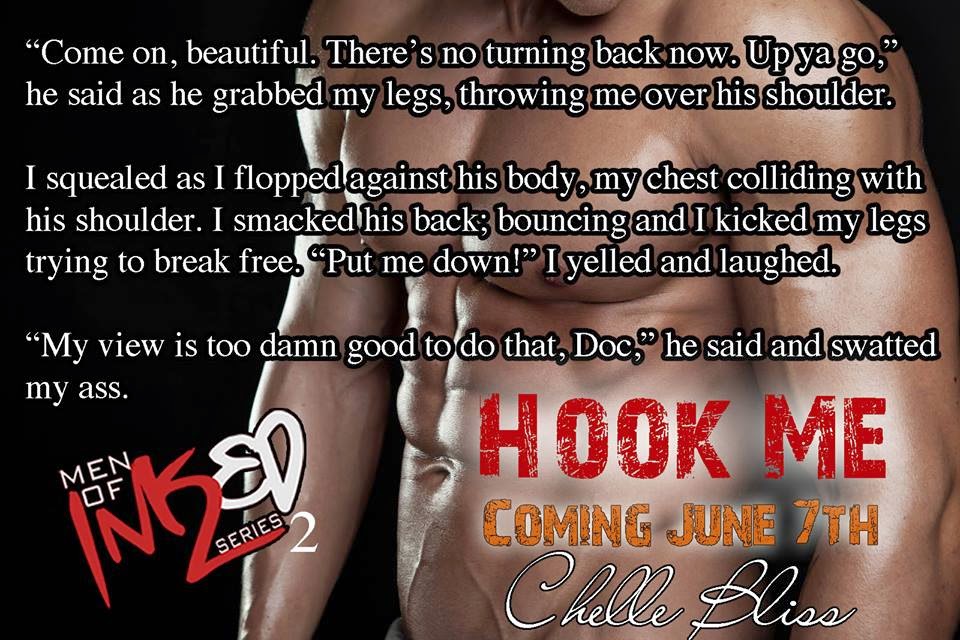 ~ Excerpt ~
A man placed his hands on her hips and she froze, holding my gaze. The cocky grin on her face disappeared, replaced with a pissed off sneer. She slapped his hand away, but he didn’t let go.
What the fuck?
I didn’t want the sleazy bastard to have his hands all over her. I couldn’t blame the guy, but you don’t touch a woman unless she wants you to.
Clearly she didn’t.
She turned to face him, her arms waving in the air as she laid into the guy.
His eyes grew large but he didn’t back away.
I moved closer to them and waited for the moment to step in. I couldn’t let her handle this guy alone.
He reached for her waist but before he gripped her, her knee rose and met his balls in one quick thrust.
Ouch.
I winced, knowing the pain that just shot through his body. I smiled, knowing he deserved it, as he clutched himself rolling back and forth on the dance floor.
“Fucker, when I say keep your hands to yourself, I fucking mean it!” she roared.
Clearing my throat, I drew her attention away from the asshole at her feet. I wanted to touch her, but thought better after what I just witnessed.
I liked my balls too damn much to let that shit happen.
She turned slowly, her eyes growing wide as they flickered to the floor. “Hey,” she said as I caught a glimpse of her small smile.
“That was quite impressive. You took him down pretty hard.”
“Thank you. I have boney knees,” she said laughing. She looked too sweet and angelic to have just taken down the overgrown asshole writhing on the tile floor.
“I don’t think we were properly introduced earlier. I’m Michael and you are?” I held my hand out wanting to touch her skin again.
She placed her tiny fingers in my palm. “I’m Mia.”

~ Review ~
This is the 2nd installment in the Men Of Inked Series and focuses on Michael Gallo, yet another one of the Gallo Brothers.  I fell hard for City in Throttle Me so Michael had a lot to live up to.  Did he steal me away from Joey?  No, but he came close.

Michael is a lover and a fighter.  A bit of a man-whore to be exact but he's just mis-understood right?  He finds himself tangled up in a bit of crazy named Tammy and is in for a fight to break free.

Speaking of fights, as a result of one of his MMA fights he finds himself in the emergency room.  What he finds there is a bit more than medical attention.

Meet Mia Greco.  The doctor sent to take care of Michael in more ways than one.  Their connection is pretty much instantaneous but Mia fights it because she feels that what Michael does is barbaric.  But fate has a way of intervening and Michael and Mia keep crossing paths.  Sometimes it's best to give in to temptation.

Michael and Mia were burning up the pages on my kindle.  Their playful banter and teasing was most enjoyable and like any other relationship hits a few roadblocks.

We also get to catch up with the rest of the Gallo Family.  I will never pass on an opportunity to catch up with City and Izzy.  There was even a little peek at Thomas.....can't wait to get my hands on that Gallo but Izzy's story is coming first so get ready!

Since Hook Me focuses on Michael you could read this as a standalone but then you would be missing out on getting to know the Gallo Family dynamic and the man they call City! 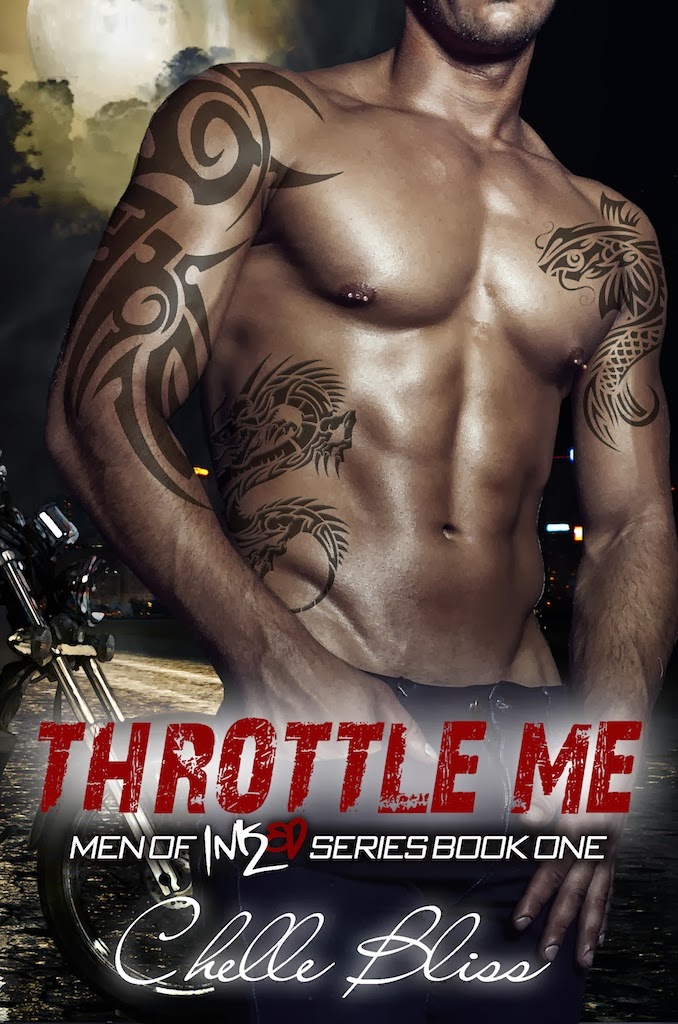 Suzy’s a control freak and has her life mapped out - work hard, find a man with a stable job, and live happily ever after. She’s content with the status quo, but her plan comes to a screeching halt when he enters her life and turns it upside down.
City gave up on love when his heart was crushed in college, preferring to be the typical bachelor. He spends his nights hopping from one bed to another and his days working at his family tattoo shop, Inked. A chance encounter on a dark road makes him question what he had sworn off forever – a relationship. A night of passion and lust causes them to question everything. Is City the knight in shining armor to the damsel in distress? Can their relationship survive when a fantasy falls apart and a secret comes out that changes everything?
This is the first book in the Men of Inked Series. 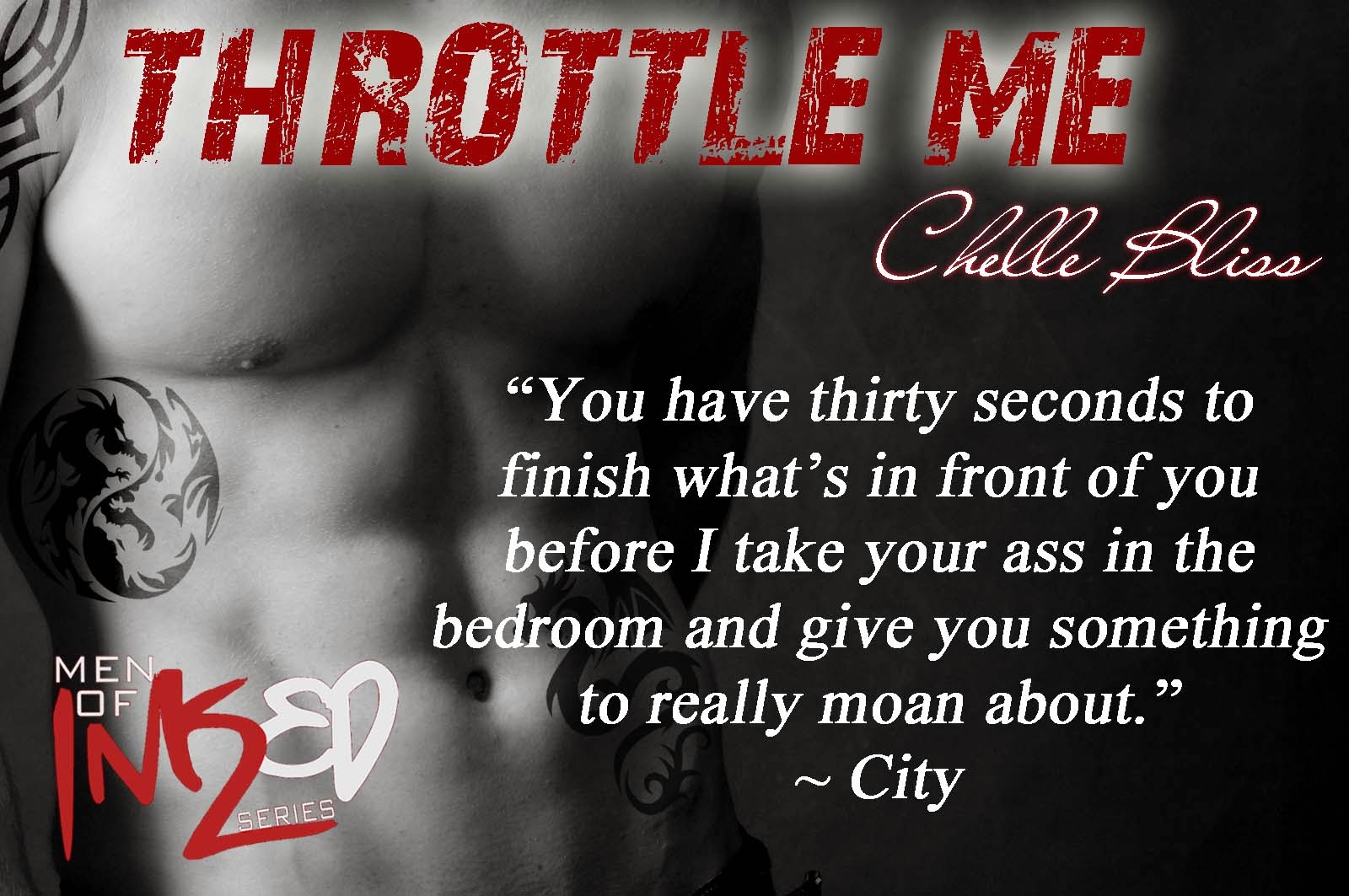 Hosted by: As The Pages Turn
Posted by The Whispering Pages Book Blog at 11:57 AM